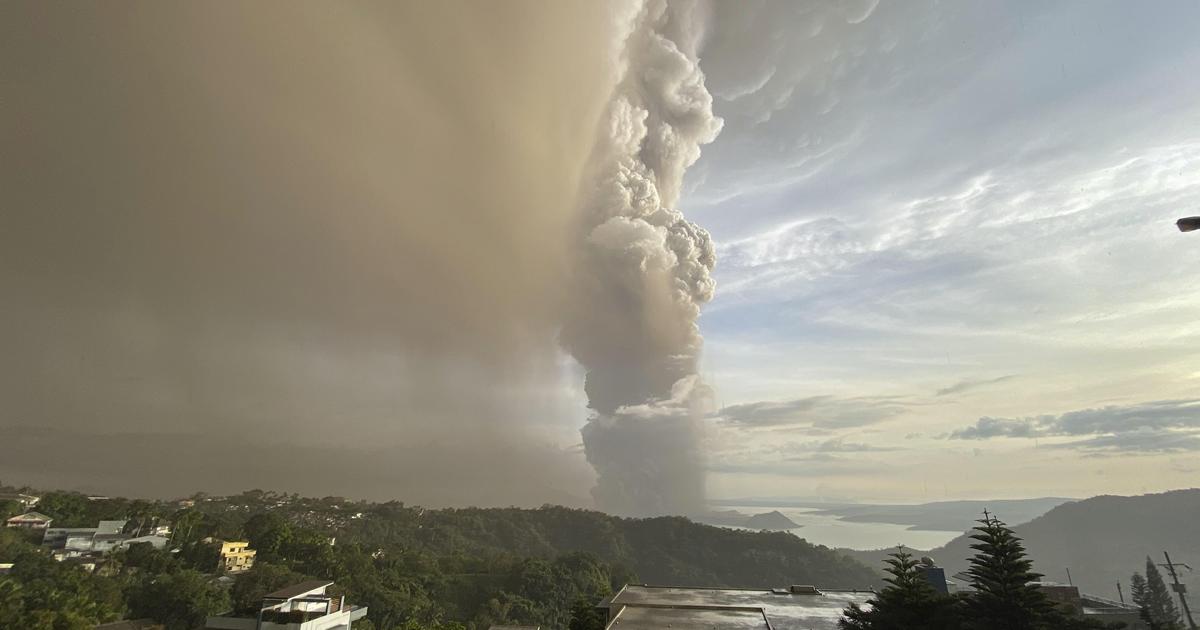 Tagaytay, Philippines — A small volcano south of the Philippine capital that draws many tourists for its picturesque setting in a lake erupted with a massive plume of ash and steam Sunday, prompting thousands of people to flee and officials to shut Manila’s international airport.

The Philippine Institute of Volcanology and Seismology said Taal Volcano in Batangas province south of Manila blasted steam, ash and pebbles up to 6 to 9 miles into the sky in a dramatic escalation of its growing restiveness, which began last year.

There were no immediate reports of injuries or damage, but authorities scrambled to evacuate more than 6,000 villagers from an island in the middle of a lake, where the volcano lies, and tens of thousands more from nearby coastal towns, officials said. About 300,000 people were targeted to be moved to safety in Batangas overnight and in the next few days.

“We have asked people in high-risk areas, including the volcano island, to evacuate now ahead of a possible hazardous eruption,” Solidum said.

Renelyn Bautista, a 38-year-old housewife who was among thousands of residents who fled from Batangas province’s Laurel town, said she hitched a ride to safety from her home with her two children, including a 4-month-old baby, after Taal erupted and the ground shook mildly.

“We hurriedly evacuated when the air turned muddy because of the ashfall and it started to smell like gunpowder,” Bautista said by phone.

Fallen ash covered the runways at Manila’s international airport Sunday night. All departing and arriving international and domestic flights were suspended “due to volcanic ash in the vicinity of the airport” and nearby air routes, the Civil Aviation Authority of the Philippines said.

Norwegian Tonny Roger, who had flown to the Philippines to visit his wife, said he wasn’t happy that his flight back to Norway was canceled, but he thought of the bright side. “Well, I can see her more. I will go back to her now,” he told The Associated Press at the airport.

Authorities said they were considering diverting flights to unaffected airports outside Manila.

The volcanology institute reminded the public that the small island where the volcano lies is a “permanent danger zone,” although fishing villages have existed there for years. It asked nearby coastal communities “to take precautionary measures and be vigilant of possible lake water disturbances related to the ongoing unrest.”

Heavy to light ashfall was reported in towns and cities several miles from the volcano, and officials advised residents to stay indoors and don masks and goggles for safety. Motorists were hampered by poor visibility, which was worsened by rainy weather.

Hotels, shopping malls and restaurants line an upland road along a ridge overlooking the lake and the volcano in Tagaytay city, a key tourism area that could be affected by a major eruption.

Authorities recorded a swarm of earthquakes, some of them felt with rumbling sounds, and a slight inflation of portions of the 1,020-foot volcano ahead of Sunday’s steam-driven explosion, officials said.

Classes in a wide swath of towns and cities were suspended Monday, including in Manila, to avoid health risks posed by the ashfall.

One of the world’s smallest volcanoes, Taal is among two dozen active volcanoes in the Philippines, which lies along the so-called Pacific “Ring of Fire,” a seismically active region that is prone to earthquakes and volcanic eruptions.

About 20 typhoons and other major storms each year also lash the Philippines, which lies between the Pacific and the South China Sea, making it one of the world’s most disaster-prone countries. 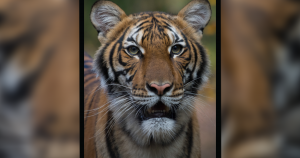 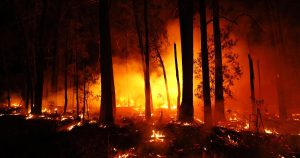 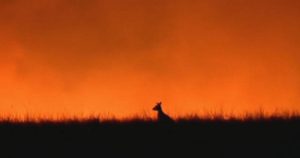