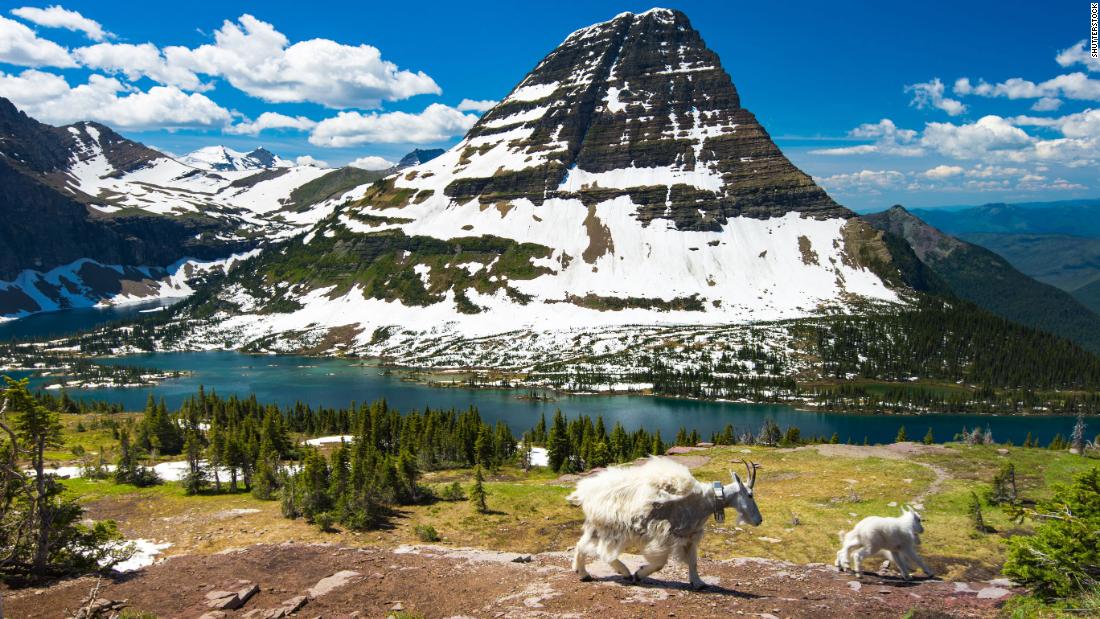 The signs in the Montana park were added more than a decade ago to reflect climate change forecasts at the time by the US Geological Survey, park spokeswoman Gina Kurzmen told CNN.

In 2017, the park was told by the agency that the complete melting off of the glaciers was no longer expected to take place so quickly due to changes in the forecast model, Kurzmen said. But tight maintenance budgets made it impossible for the park to immediately change the signs.

The most prominent placards, at St. Mary Visitor Center, were changed last year. Kurzmen says that park is still waiting for budget authorization to update signs at two other locations.

But the glacier warning isn’t being removed entirely, she told CNN. Instead, the new signs will say: “When they will completely disappear depends on how and when we act. One thing is consistent: the glaciers in the park are shrinking.

In 2017, a study released by USGS and Portland State University said that in the past half century, some of the ice formations in Montana had lost 85% of their size and the average shrinkage was 39%.

“In several decades they will be mostly gone. They will grow so small that they will disappear. They will certainly be gone before the end of the century,” Dan Fagre, the study’s lead scientist, had said.

And humans are responsible, Fagre said after the study’s release.

“There are variations in the climate but it is humans that have made all those variations warmer,” he said. “The glaciers have been here for 7,000 years and will be gone in decades. This is not part of the natural cycle.”

The melting of these structures is “all atmospherically driven,” he added.

But the park isn’t a unique case — glaciers are shrinking across the globe, experts say.

In Switzerland, glaciers have shrunk 10% in the past five years — an unprecedented rate in more than a century of observations, research published last year shows.
In Iceland, researchers bid farewell to the first glacier in the country lost to climate change. In a funeral-like gathering, scientists memorialized the glacier, known as Ok, with a plaque that read: “Ok is the first Icelandic glacier to lose its status as a glacier. In the next 200 years, all our glaciers are expected to follow the same path. This monument is to acknowledge that we know what is happening and know what needs to be done. Only you know if we did it.”

And in June 2019, a new study revealed climate change was shrinking Himalayan glaciers twice as fast as last century.

Recently, the glaciers had lost around 8 billion tons of water a year — the equivalent of 3.2 million Olympic-size swimming pools, say the researchers. And that could potentially threaten water supplies for hundreds of millions of people across parts of Asia.